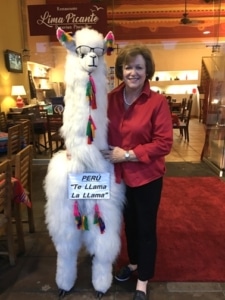 Birchtree Global’s research on “Success characteristics of foreign direct investment in Cuba” was a hit at the Institute for Business and Finance’s 2017 global conference in Costa Rica.  The research won the peer reviewed “Best in Session” and the “Outstanding Research Award” and will be published in the Global Journal of Business Research this summer.  This is a great conference to attend for those interested in global business, particularly global business in Latin America.  The IBFR has done a wonderful job building a rigorous, program for companies and academics focused on new ideas and research in finance and business.  Mercedes and Terrence are particularly helpful to individuals and companies, who are just starting to write and publish original research.  For more information see their website:  http://www.theibfr.com/

May 4th, I attended the European-American Business Group presentation by the Ambassador from the United Nations, Joao Vale de Almeida. The Ambassador’s speech was titled, “Three transitions, a divorce, and a virus.” The Ambassador, a former journalist in his early career, has a great command of language, and his speech was made the more interesting by nuances and his sense of humor.

The three transitions were, the period of hyper-inflation was over; knowing the rules of the game in Europe vis a vis Russia’s annexation of the Crimea, was over; and there was a crisis dealing with immigration and the 4th industrial revolution. He said the political people managing large organizations like the UN, faced challenges in dealing with these events, but pointed out it was a political process, not a dictatorship, so changes would take some time.

The divorce, was BREXIT. He opined that BREXIT was a major negative development for the U.K. He felt the remaining 27 EU countries responded quickly to develop a unified resolve to strengthen and develop the union. He noted that rules for dealing with BREXIT came together very quickly, more quickly than other resolutions. He felt the chance of a BREXIT contagion had been overcome, although the French elections were still uncertain. He suggested the BREXIT crisis would stimulate a different EU. The remaining 27 countries want to adapt and be more diverse. How to deal with the victims of globalization was something that would continue to develop.

Interestingly, the virus he spoke about was the rise of populism. He talked about political forces on the right and left that challenged the system, selling simple solutions for complex problems. He noted populism prays on fears and undermines society and political reality. As part of this he also noted, now, we don’t know who our enemy is. We don’t have a good grasp of the non-state actors and the challenges they pose.

Regarding the election of President Trump, he felt the Transatlantic Alliance would continue to be strong and grow, as it had a long history of mutual benefit.

It was a positive speech, although he underlined the challenges facing governments and organizations in today’s environment.