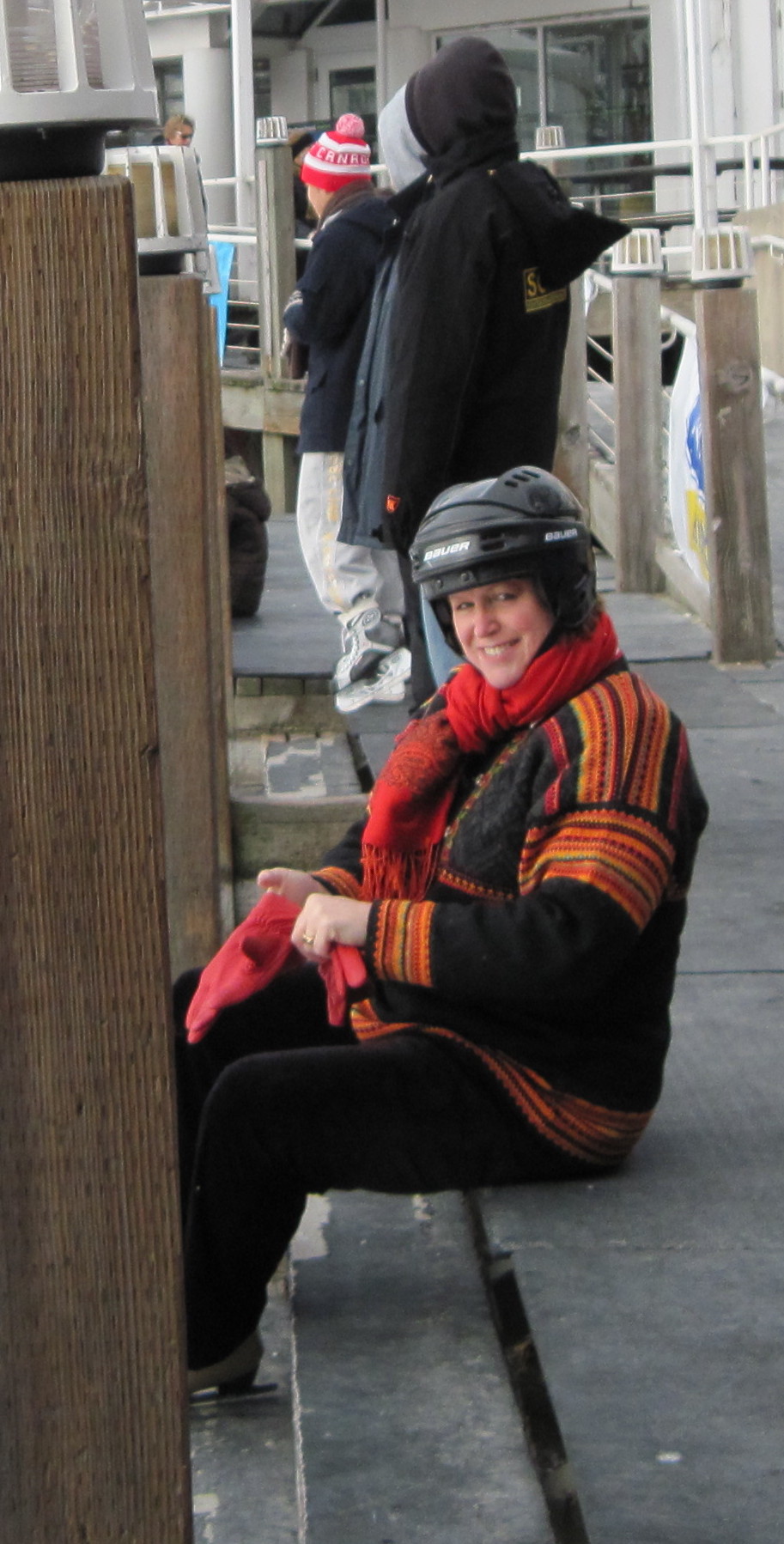 Janet Walsh and Birchtree Global staff will be speaking at the 2014 HRPA conference in Toronto. It is one of the best run business conferences with which we’ve been associated and we’re looking forward to returning. Our speech will be on “Key Considerations in Global Start-Ups”. We look forward to skating in the park next to the conference facility and enjoying the vibrant culture of Toronto.

> Read More
Comments Off on Canada in January! 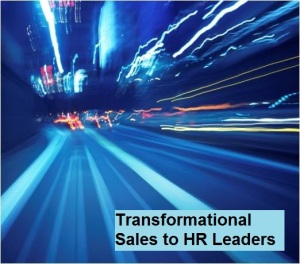 Birchtree’s distinguished team of Fortune 500 CEOs and HR VPs serve as teaching faculty. These executives provide unique, insider access to executive conversations between the VP HR and the CEO-conversations that help sales professionals understand how buying decisions are made.

Program results are impressive. One Fortune 200 client describes this program as, “…a game changer for our business.” and the program is now required for all 6,000 sales professionals in the organization.

For additional information and case studies, contact Info@birchtreeglobal.com or call (01) 914 218-3149.

2013 marked a milestone with Philip Walsh Sr. joining niece Janet Walsh as a member of the Explorer’s Club.  Phil is an amature archeologist with significant experience working on excavations around the world.  John Glenn was the featured speaker and we enjoyed spending time with him.  John Glenn is a charming and kind man who goes out of his way to meet and encourage younger people. 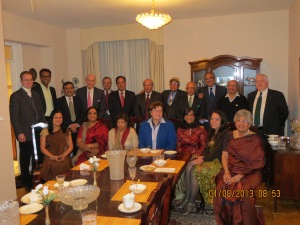 Janet Walsh and five New York Rotarians are embarking on the first New York-Bangalore business exchange. The group was hosted at a gala dinner at the home of the Indian Counsul General of New York. The purpose of the trip is to develop a deeper understanding of the business and cultural environment of the two countries. The team will be hosted by the Rotary community in Bangalore. The group will spend time with Infosys and Toyota and tour the region. Bangalore is well known as the technology capital of India. Birchtree Global’s team have set up businesses in Bangalore and have been pleased to see their client’s grow and develop in this location.

Later this year, Bedford-Armonk and other NY Rotary chapters will host guests from Bangalore to the New York City region. It is anticipated that this group will lead the development of future exchanges around the globe.

> Read More
Comments Off on Business Exchange to Bangalore

Published in the Atlanta Journal-Constitution, July 8, 2012

This spring, during a weeklong vacation in Florida, Caren West wasn’t just wired, she was literally wired…or wireless. The local public relations whiz spent most of her time in a beach house with laptop open, smartphone ringing and brain firing as she dealt with clients. On the one day she planned a boat trip, she asked for a moment of peace — which she got, until she returned to land and her mobile phone blew up.

“It is to the point where it almost doesn’t make sense to go on vacation, because not only are you working, but you come back to twice as much work,” said West, co-owner of Caren West Public Relations. “I always feel guilty about not working.”

West isn’t alone. More than half of American workers ended 2011 with an average of 11 days unused vacation time, according to a recent survey by Harris Interactive for JetBlue. Financial constraints, fear of losing a job and just having too much work to do, are among the reasons workers give for not taking earned time-off.

If they do go on vacation, many workers find it hard to disconnect, keeping their smartphones, computers and other gadgets at the ready. Managers seem to do better at taking time off. According to one survey from CareerBuilder.com, 81 percent of managers took or plan to take vacation this year, compared with 65 percent of full-time employees.

While no one disputes the value of a vacation — research supports the need to avoid burnout and reduce stress — finding the time and the money for a getaway, can be a challenge.

West, a self-confessed workaholic, takes about 10 vacation days per year, but not without extensive preparation.

“Determining when I can take a vacation is tough because we are in a field that changes daily,” she said. “We try to prepare clients by letting them know we have a team of two and four interns.”

Her safety, however, is planning vacations where she knows there is wireless access just in case she needs to put in some office time.

“I am seeing a huge trend in people taking their work with them on vacation,” she said. “The boss isn’t going to know if you are sitting on a beach in Cancun emailing a customer in Portugal, and the customer isn’t going to care, either.”

Walsh, who recently moved her business, which provides human resources, tax, legal and financial solutions to companies expanding globally, from Atlanta to Bedford Hills, N.Y., found herself working with a client in India on the Fourth of July.

“They understand it is a holiday, but they are sitting in their offices waiting for us to respond. If we don’t, someone else will,” she said.

A leaner workforce and poor staffing also create a challenge for employees looking to take vacation especially at companies with fewer than 200 employees, which includes 80 percent of total U.S. businesses, Walsh said.

On a personal level, many employees simply don’t have vacation plans.

“The stay-cation is the new reality,” Walsh said.

Other employees may not take vacation because they fear losing their jobs, and some companies promote that thought-process, Walsh added.

But for organizations that want to encourage employees to take a break, the remedy is simple: institute a use-it-or-lose-it policy.

Several years ago, Smyrna-based United Acceptance, Inc., a financial organization with more than 140 employees, shifted from a policy that allowed employees to carry over unused vacation time to one in which only 40 hours are allowed to roll from year-to-year, said human resources manager, Katrina Jackson.

Last year, only a handful of employees lost vacation hours, and about 65 percent rolled over the 40-hour maximum, Jackson said. “Most employees are good about taking their time off,” she said. “The management staff makes sure people are taking their paid time off, including themselves.”

Another solution said Walsh is to just allow people to take whatever time off they need. “If people resign or leave, you don’t have to pay unused vacation,” she said. The sticky part is figuring out how to manage people who may abuse such a free-flowing system.

West said she prefers a flexible vacation policy. When a team member goes on vacation, she tries to have as much respect as possible for his or her time off.

“I want people to like working for CWPR. I don’t want them to follow the mistakes I make,” said West, who now realizes the need to step away in order to fuel creativity. “I’m not going to deny someone the opportunity to go away and experience a great trip.”

Janet Walsh was a guest at the sleek BBC headquarters in Manhattan for drinks and a conversation with award winning actor James Corden,

to stardom.  She asked Corden if he thought there was a difference between comedy in the US and comendy in the UK.  He replied, with a grin,

that he thought the audience reaction was the same and that there was little difference between comedy in the US and UK.  The play is a huge hit on

Birchtree Global, LLC New York based staff attended the Business Without Borders presentation hosted by HSBC bank in Manhattan on May 16.  An excellent program on the emerging CIVETS countries and their attractiveness to foreign direct investment.  The program was presented by Leo Abruzzesse Global Forecasting Director at the Economist Intelligence Unit.

Abruzzesse provided a compelling presentation on the emerging markets of Colombia, Indonesia, Vietnam, Egypt, Turkey and South Africa.  He concluded that from a political, economic, legal and business perspective these growing economies are attractive FDI targets.  His illustration of GDP growth patterns over the next several years showed the BRIC countries bracketing the CIVETS with the G7 countries at the bottom.

We asked him to compare the service sector investment opportunities in these countries.  He and the panelists he brought with him indicated that services were needed but had different regulations that would require a slightly different approach to FDI.   Acquiring an in country firm or merging with an in country firm was seen as the most expeditious approach.

HSBC bank provided a summary of their financial products and services that were designed to get cash back to investors more quickly improving cash flow.  These were interesting and innovative, are worth considering and can be seen on their website.

Entry into these markets is not without risk and is more complex than market entry into the BRIC countries.  We note that Birchtree Global has worked in all these locations over the past several years and can provide guidance to businesses wishing to establish company activities in these countries.

> Read More
Comments Off on CIVETS, BRIC’S and FDI

> Read More
Comments Off on

Janet Walsh, CEO and President of Birchtree Global, LLC will be interviewed on Wall Street Business Radio on July 1.  She will be speaking on success characteristics of small and medium sized businesses expanding overseas.  Joyce Bone will be the interviewer.  Clips from the program will be provided and posted on the Birchtree Global website.