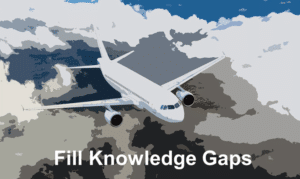 Birchtree Global will be providing 12 free HRCI/SHRM certified courses, but we need your help. We are creating and producing courses for 2022, but we need you to tell us what type of course you would like to see. Please fill out the questionnaire below and let us know. Just fill out the form, email it back to Information@birchtreeglobal.com. We’ll tally the results, and produce exactly the courses you need. For free😊. It’s our way of celebrating getting through 2021 and giving back to the hard-working HR leaders. The questionnaire is open until 1/1/22, then we’ll share the results.

What can you do about a high performing bully in your organization?

Workplace bullying is well-documented as harmful to individuals and organizations. When the bully is a high-performing worker making significant financial or operational contributions, organizations often hesitate to take action. Dr. Laura Persky, Ken Pinnock, and myself researched this subject and compared the positive and negative organizational effects of maintaining high-performance bullies in the workplace. We researched the differences between demanding and bullying behaviors and provided examples that illustrate why high performing bullies remain in organizations. We researched how their behavior is exposed to public view, and the resulting consequences and outcomes. Social media plays a significant factor in highlighting and resolving bullying. This paper offers suggestions for managing high-performance bullies through a combination of education, organizational structure, job design and a pro-active data gathering process through social media and internal outreach. It may be helpful to our colleagues as they face these issues in their organizations.

Read More
Comments Off on What can you do about a high performing bully in your organization?

“Know before you go are the four words I keep in mind and encourage others to do the same as your business goes global.

Taking your brand global means being willing to take a holistic look at the pre/during and post entry requirements. This will help you launch and grow in a profitable manner. Avoiding pitfalls for global expansion is critical to the success of your growth plans – the Global Market Entry program helps to point out many of the holistic considerations you need to have in mind.”

Congratulations award winning NBC investigative reporter Bill Liss, for finding and showcasing a ground breaking Medical Debt Relief program. Families have received 7.6 Million in metro Atlanta to forgive medical debt. Read about this extraordinary program and ask yourself how can we grow this program?

Thank you Dr. Persky for mentioning our WTCA Global Market Entry Course! We appreciate your support!

Thank you Dr. Persky for mentioning our WTCA Global Market Entry Course! We appreciate your support!

“Dr. Walsh develops and teaches programs with the expertise of a practitioner. I managed a graduate program where students came to learn practical application to make an immediate impact on their work skills. We hired Dr. Walsh because she understands the market place and has a great way of sharing that knowledge as an educator. The Global Market Entry Program is one of the few programs that provides real world actionable training and insights. It gives concrete steps for evaluating and planning and then executing global market entry. The program includes insights and advice from a variety of experts that would be difficult to gather in any other setting. I highly recommend the Global Market Entry program for people willing to learn the actionable steps for evaluating and executing cross border expansion.”

Read More
Comments Off on Thank you Dr. Persky for mentioning our WTCA Global Market Entry Course! We appreciate your support!

“This program is relevant and valuable to any business decision-maker or business that plans on operating internationally in our rapidly changing world.

I would recommend this course to decision-makers at all levels. From seasoned executives that need to upgrade and update their skills to MBA graduates embarking on their career to companies taking their first strides towards entering new markets.”

“The Global Market Entry Program is essential for business owners and executives “going international” for the first time, or expanding their overseas operations. This comprehensive and interactive course is led by real “experts,” who provide a wealth of practical guidance, support, and tools to ensure business success.

I am proud to have made a minor contribution to the development of his critical program.”

Thank you Rob Parry-Jones for your kind comments about the Global Market Entry training program!

In the course of my professional career, I have spent the majority of my working life operating and working internationally in roles that have not only seen me living in a multitude of countries and continents, but where my role has covered large international geographic areas. One of the challenges I faced in the early stages of my career was simply finding out how to get things done in foreign countries. Understanding the various legal systems, regulatory and financial environments  and most importantly the people and the culture. Over the years as this became one of my personal strengths it was interesting to note how few managers, executives and senior executives had any exposure at all to these needs and often relied on high priced and often poorly connected advisors that created more ‘noise’ than necessary. As the world continues to turn into a large village I believe that the ability to conduct business internationally is a skill-set that needs to exist in all companies whether large or small. I first came across Birchtree Global and Dr. Janet Walsh a couple of years ago through my network and have been highly impressed with the quality and depth of training that her company provides. It is incredibly comprehensive and suitable for all levels and functions that are likely to support or be exposed to overseas enterprise. I wish I had had the opportunity to attend such a program before I first landed in Morocco and spent my first trip to the hotel on a bus complete with chickens, all whilst wearing my business suit! I really cannot recommend her or her programs more highly.

Read More
Comments Off on Thank you Rob Parry-Jones for your kind comments about the Global Market Entry training program!

Are you expanding your business overseas?  Do you sell to global multinationals? Then, make sure you pay attention to this change in global tax rates.  The Organization for Economic Cooperation and Development (OECD) the G20 Finance Ministers, and 130 out of 139 countries have agreed to change the way international tax rules apply to multinational companies.  The new system is designed to distribute more taxes paid to countries where products or services are sold, as opposed to paying taxes only in the multinational’s headquartered country.

There are two pillars of the agreement.  Pillar 1 is focused on changing where large companies pay taxes; Pillar 2 includes the global minimum tax. According to the Wilson Center:

“Pillar 1 enables countries to tax between 20% and 30% of the profits of the world’s largest and most profitable companies above a 10% earnings margin, based on where a company makes its sales, rather than where it is incorporated.  The deal would apply initially only to companies with revenue over $23.8 billion – essentially 100 companies. After seven years, however, that threshold would fall to 10 billion euros.  Financial and extractive industries may be excepted (Hamilton, 2021).”

“Pillar 2 would apply a minimum 15% corporate tax rate to a much larger set of companies by the governments where those companies are headquartered, if a company has not paid 15% overall across its global operations. The goal is to remove incentives by those companies to shift profits between jurisdictions to avoid taxes. The full extent of companies covered by this arrangement is still to be determined (Hamilton, 2021)”.

Companies in the extractives sector (like oil, gas, and other mining companies) and financial services companies would be excluded from the policy.  The proposed regulation also mentions companies “in the initial phase of their international activity” could be exempt from the global minimum tax, but this has not been approved.

Despite the agreement on the elements of these changes many details must be worked out and agreed upon.  It is recommended you stay abreast of this topic as a global business leader.  As you can see, this new collaborative policy on global tax has significant implications for global businesses.

You can find articles on this subject in the news.  Two well-regarded resources are as follows:

Hamilton, D.  (2021, July 8).  Rewriting Global Tax Rules: It Ain’t Over Til It’s Over. Retrieved from: https://www.wilsoncenter.org/article/rewriting-global-tax-rules-it-aint-over-til-its-over

I was so angry at not being able to visit my beloved aunt who died during the pandemic that I decided to try and make a difference. I asked if the LinkedIn community thought this was a critical issue and you responded with over 8,000 views and comments. You agreed as did many others including our State Assemblyman Chris Burdick.

Today, New York State has in place a law that gives nursing home residents the right to family visits during a pandemic. I encourage each and everyone reading this to adopt a similar law in your state. You CAN make a difference.